Collections and other Odd Things

I had that cartoon strip taped to the inside of my storage closet at the Public Defender's office for years.

To get an idea of how long this has been going on, the volleyball team that I played on in law school was called Penguins in Bondage and our shirts had Opus with a ball and chain around his neck. We thought it was hysterical. Others didn't share that opinion.

Anyway, one of my public defender colleagues took a shine to my fascination with Opus and bought me a wonderful Opus t-shirt.

And my collecting life began.

One glass penguin here, one china penguin there. A little Waterford crystal, a little cloisonne there. And it just sort of grew. And grew.

At one point I had toy penguins. But as the artistic collection grew the toys were abandoned.

We bought some really incredible sculptures, too 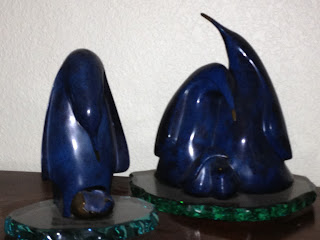 These were done by an artist from Monterey, California. We got them on one of our first trips to the Defense Bar's Death Penalty Conference. We bought the Dad and egg the first year and the family on the second year. When we went back to find out if there were more, he had passed away and the molds for his sculptures had been destroyed.

But I kept on getting penguins. My brother found a little tiny one at a truck stop. He had one made out of a pine log. It fishes in my living room to this day! 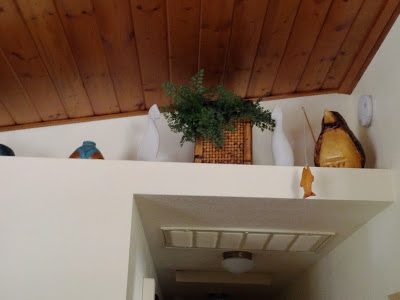 The Spouse was always finding odd and unique ones. 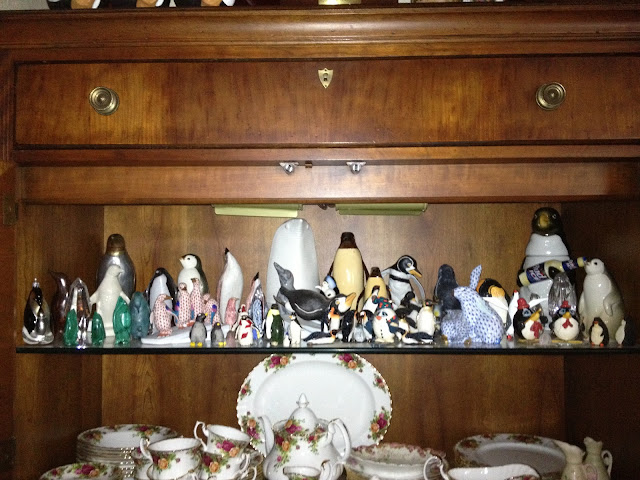 And this is the collection (the most part-they are all over the house) today.


Except for one more addition. A Valentine's Day present from my sweetie that he found in Monterey while we are at the conference. 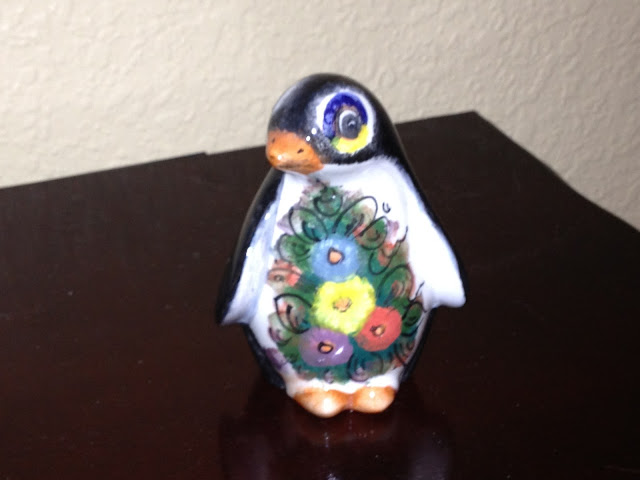 I did tell you that I went for the odd or original, didn't I?
Posted by gizzylaw at 4:28 PM No comments:

If you read this blog much, then you are familiar with the Spouse pictures. My favorite is Mel the Bird Man. 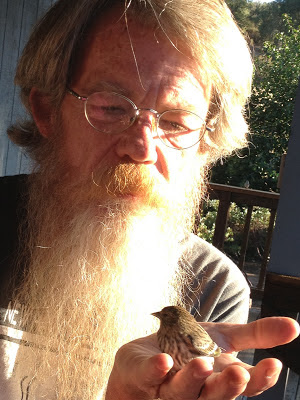 To say that I love his beard is an understatement.

Probably a result of growing up in the sixties and listening to too many songs from "HAIR". (Something about a nest for the bees...)

But it was getting a bit scraggly as winter wore on. And a bit unmanageable. 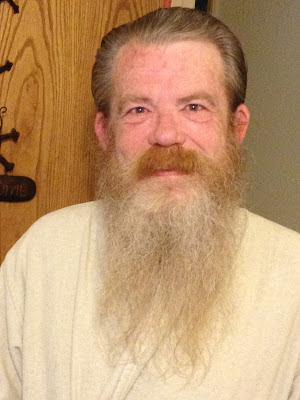 And people were beginning to think he had lived in the woods a little bit too long......
After all, our neighbors would probably think he owned a banjo. (We are sure that they do!)

His hair now is to pony tail length but needed a bit of a trim to keep it in order.

So off to Amy he went.

She is a miracle worker and now he looks almost ready for prime time! Well, he can go into court without the weird looks from the defendants! 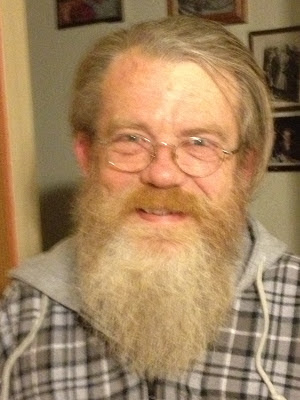 She even trimmed his mustache! I can see him smiling!!!

What a little winter pruning can do.