The JOY of Homeownership

We began with a nice looking 3 bedroom home on an acre and a half of land.

Until the hammers and the tractors spew their noise and pollution.

OK. I knew it needed paint. In and out.

I knew the deck had to be replaced. 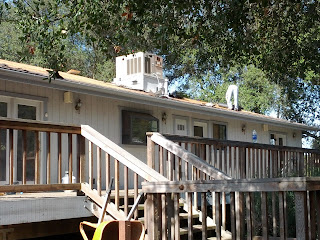 I knew we had to build a dog run. 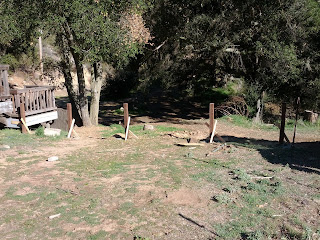 I knew we had to rewire some things. 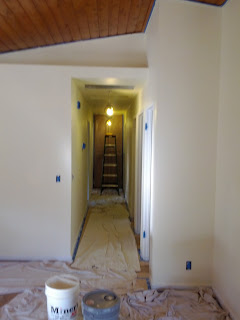 I didn't know that we needed a NEW ROOF! 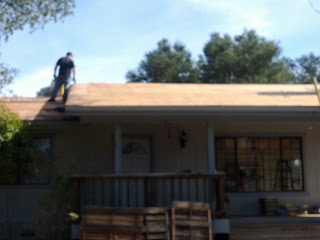 But, one day, while gleefully painting the walls, it began to rain.

Stop the paint job, find the buckets, and check the roof.

We found the leak.

So off came the roof and up went the bills.

The contractor is being wonderful. Home Depot is ecstatic. And Fred.......

Fred got to bring his tractor! 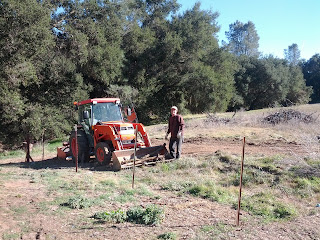 It has stopped raining. We continue to paint. And Fred got to use his tractor.

It can't get any better than that.

Well, maybe when I pay off Home Depot.
Posted by gizzylaw at 2:39 PM 1 comment:

I have been rather silent here of late.

There is a reason.

But the insanity of the last few months has resulted in the spouse owning a structure in which we wanted to live.

I shall relate why the last few months have been insane.

Ring any bells for anyone.

It requires a LOT of agreements with the faceless people at banks that are going south where direct communication is FROWNED UPON.

There is approval. But it is contingent upon a lot of things. Like REALLY looking at your credit and the value of the home.

Except the value of this home was determined by an appraiser who had his license yanked the day he viewed our property for.....

Then, because the house is in the middle of nowhere, the title company won't insure the title because the road to it was established in a 1933 deed that says, and I quote, "present road". No metes, no bounds, no GPS. So, according to them, the road does not exist and the parcel is "inaccessible" .

I am standing on the porch having arrived to the house by car (not tractor, truck or dog sled) but it is "inaccessible"!

I will not bore you with the rest of the saga. Just let it be said that we didn't know if we could get the house until it closed.

And even then, the escrow folks kept needing papers signed.

But here it is:
This little gem is at the end (more or less) of a dirt road in rural San Luis Obispo County. It is isolated and QUIET!

It needs a little TLC. BUT, first things first, we are painting.

Just so you don't think I am completely nuts, here is the "accent color" in the kitchen/great room. 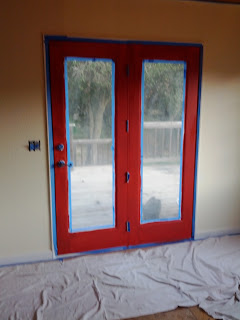 OK. I am nuts. But this is a perfect place for the dogs, the cats and the humans that they own.

And that is all the news from East SLO.
Posted by gizzylaw at 7:29 PM 2 comments: