Saga of the San Pedro Cactus (this may be a bit graphic for some..)

This last spring we added to our cactus garden. A tall lithe figure, the San Pedro Cactus added dimension to our design.

He continued to grown and thrive sending out new and unexpected bumps and spikes. We wisely watched from a safe distance.

And then one day his gender was confirmed. 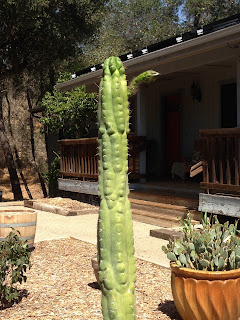 We worried about where he might receive relief. And in what manner. Our yard contains no other of his species.

And then we found out...


By himself, in the early morning hours, he just exploded! 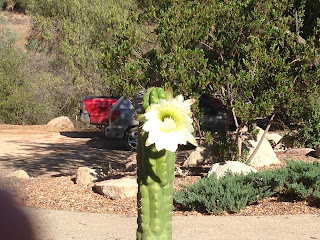 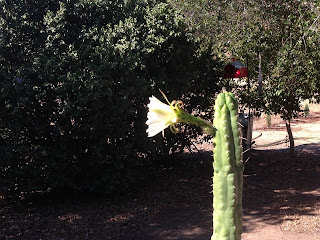 And for one brief, shining day, he was glorious! 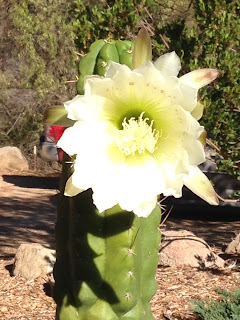 Then he began to rapidly fade and shrink. And his color changed. We wondered at the cause of this degradation. It appeared that this portion of his anatomy was suffering from some unknown blight. 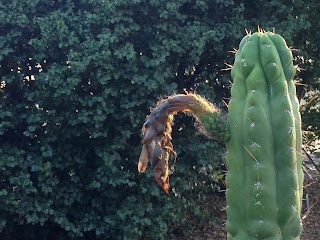 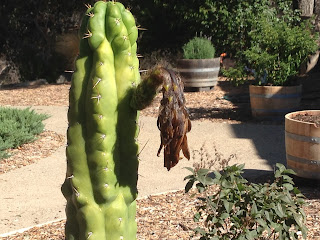 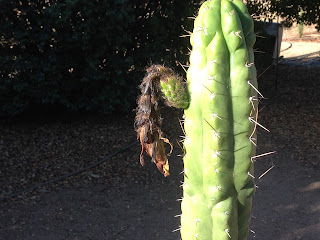 And we realized, to our horror, that San Pedro had used no protection. Without the use of the proper protection, which we could not provide him (because Planned Parenthood isn't funded for San Pedro protection) his appendage was doomed.

Today it fell off. 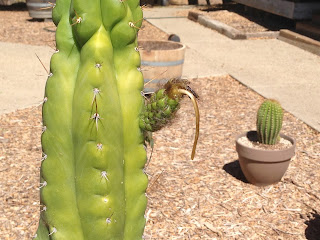 We are horrified at the unmitigated gall that such living creatures are not protected from such ignominious fates.

May he have a better chance next year.
Posted by gizzylaw at 1:37 PM No comments: